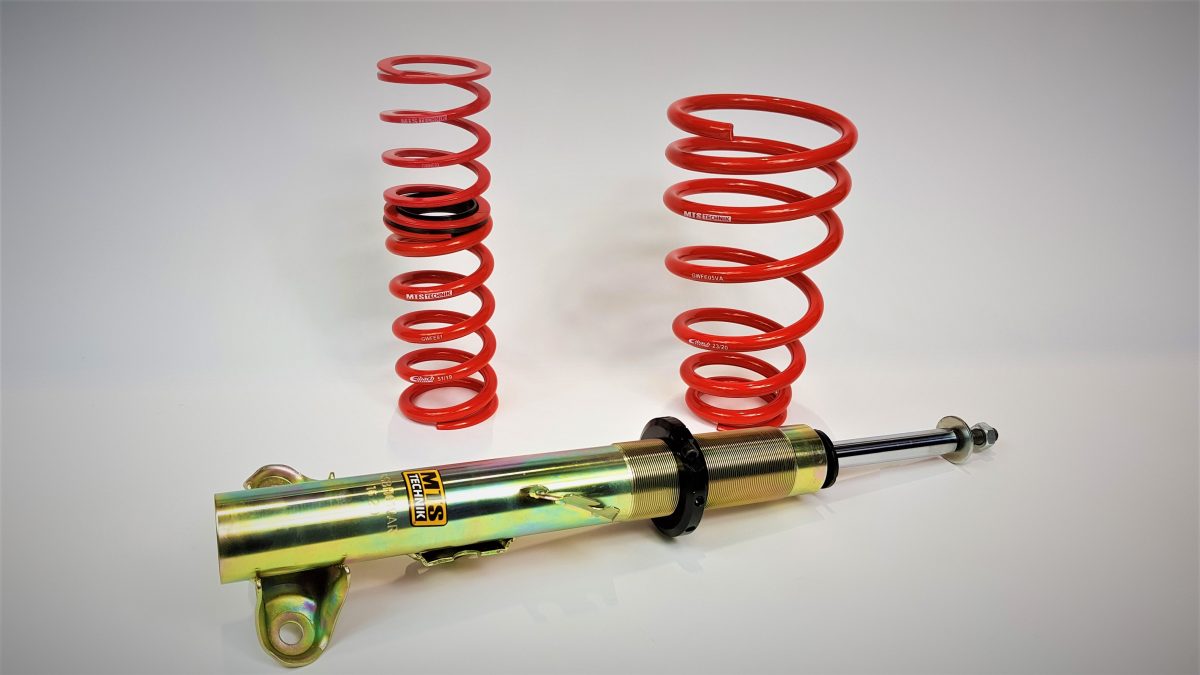 The expectations of users of sports suspensions are extremely diverse. Many want to change the appearance and behavior of their car on the road, but each in a different way. This is what the coilover suspensions are for, allowing you to adjust the height of the car to your liking. But what to do when such differentiation is still not enough?

New options for every type of taste

Proper operation of the suspension is based on the appropriate selection of its components, including, in particular, springs. Our goal is to optimize their parameters so that the MTS Technik coilover suspensions are stiff and at the same time maintain the noticeable dose of comfort. This is what designing a suspension for everyday use on the street is all about. This arrangement works in the vast majority of cases. Users of cars with MTS Technik suspensions feel satisfied with both their behavior on the road and the amount of lowering. However, we know that there are drivers who expect something more. The scale moves a little further. And this applies to two very extreme cases.

MTS Technik coils, which are classified in the Street category, are nothing more than sets in the previously known specification. Eibach springs with the parameters calculated by our designers meet the above-described guidelines regarding the compromise between comfort and sport. 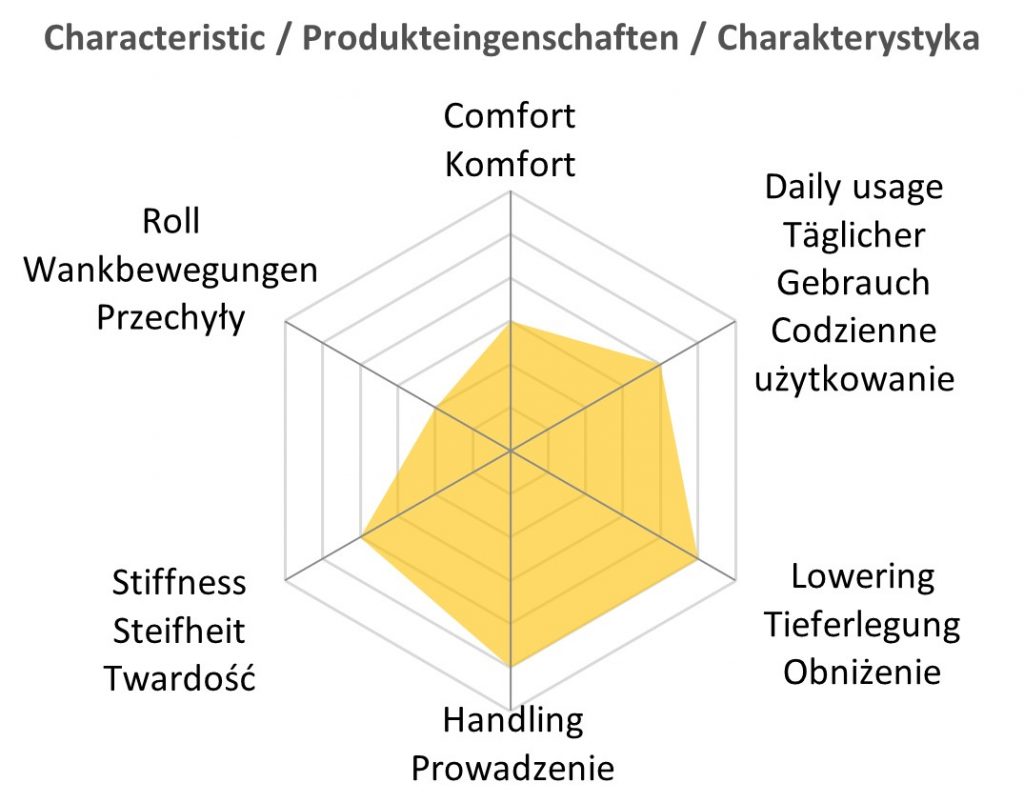 However, there are users who are not interested in any compromises. In the course of striving to fit the wheel with the wheel arch as perfectly as possible, they are looking for drastic lowering, giving spectacular effects. The car in such a setup catches the eye and drives very stiffly. The needs of such users are to be met by the newly introduced Sport series, which is designed to make the most of the concept of lowering and stiffness. This factor, in turn, has a positive effect on the behavior of the car during very dynamic driving, significantly reducing undesirable lateral tilt. Driving a car on such a suspension is definitely more reliable and simply becomes a pleasure. The springs in such tuned sets have a much higher coefficient of hardness and are often lower than those used in the Street series suspensions. One thing, however, remains unchanged. They still come from the Eibach factory. 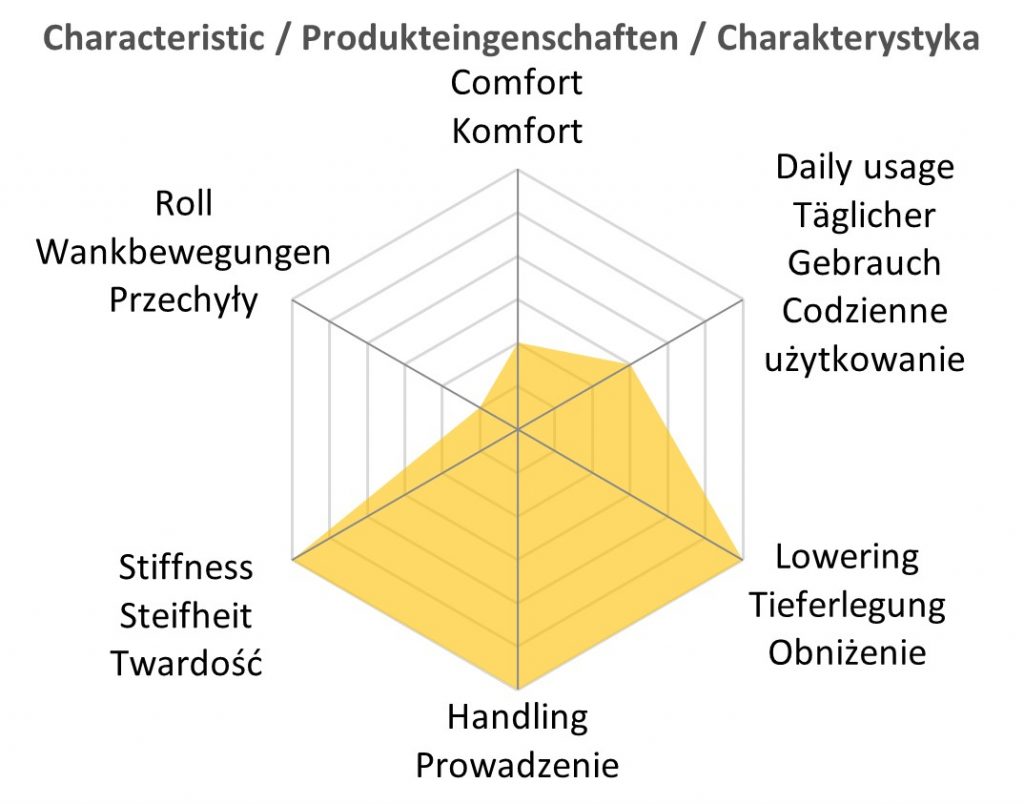 There is also the other end of the scale in the wide range of car users. These are people for whom the car is also not just a means of movement. They also want to change something, improve it. However, in a less spectacular way. Lower? Absolutely, but rather subtly. Hardness? Not necessarily. In this field, I am satisfied with the behavior of the serial suspension. – this is is a profile of a person who, in theory, should not even look at the coilover suspension offer. We have already proved with our existing products that the coilover suspension does not have to be synonymous with the proverbial “concrete”. For people who highly value the issue of comfort, after replacing the suspension, we have distinguished the Comfort series. Here, too, everything is based on carefully selected springs. Their role remains unchanged throughout the coilover suspension assembly. Only her job changes. Rather than lowering as much as possible, the priority is to maximize comfort and suppress any blemishes on the road in the form of e.g manholes. 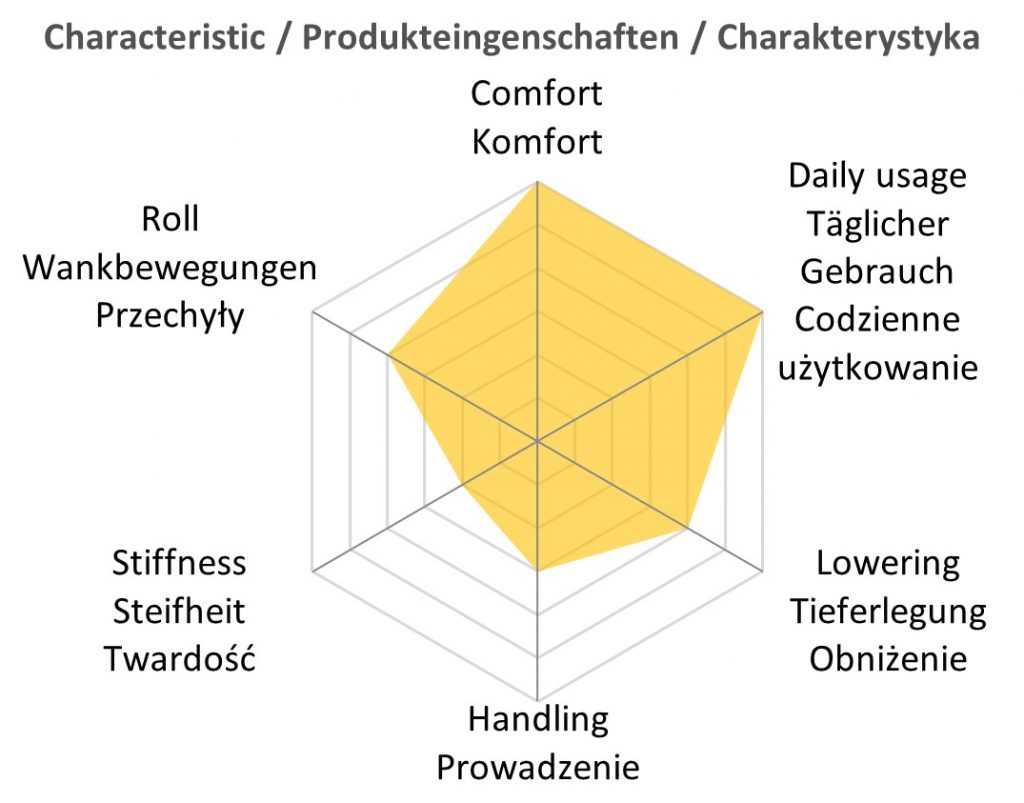 The two separate series of suspensions described above, with very different characteristics, will be available for most of the sets from our offer. And as it is now with the current Street series, the other two will successively obtain TÜV certification.
Summary 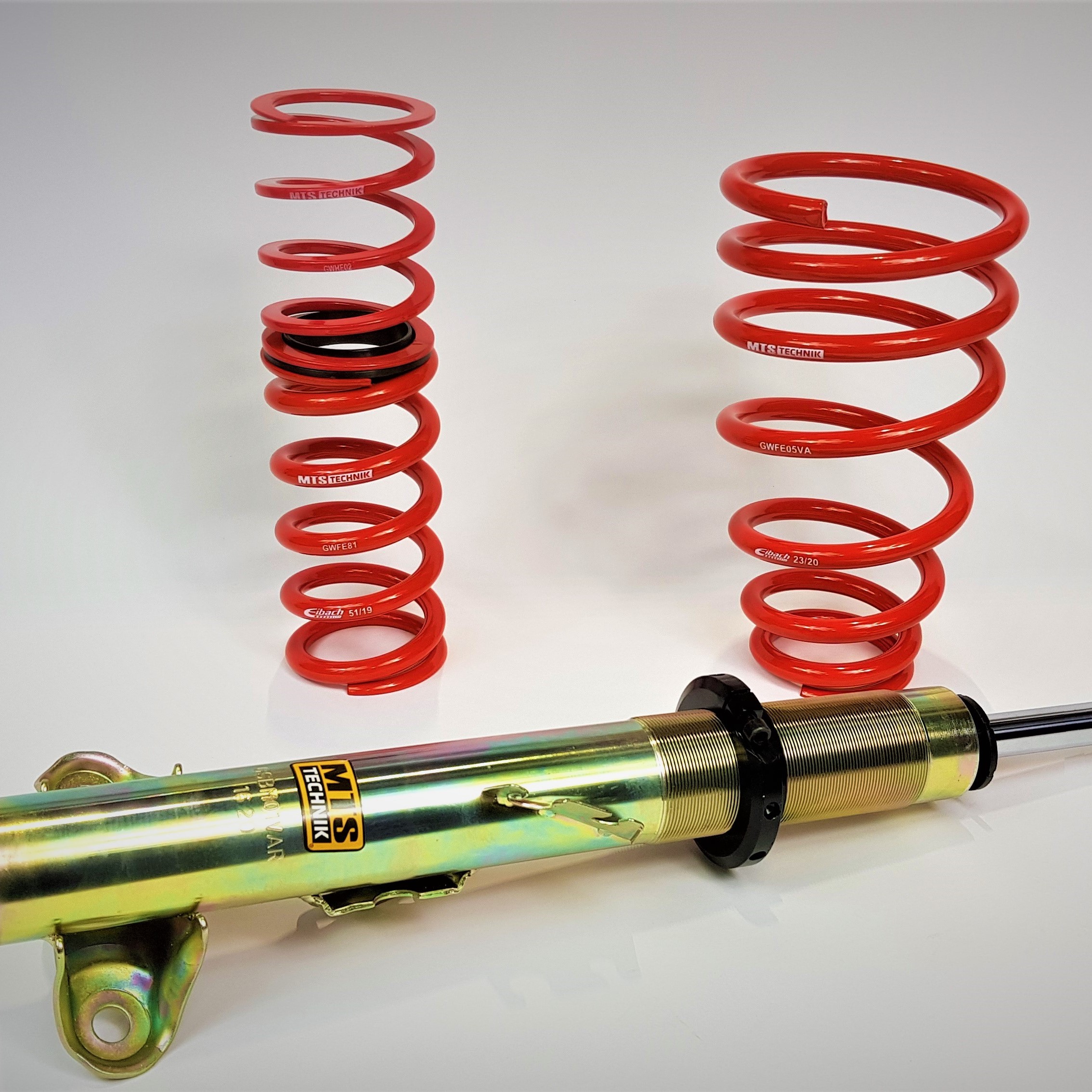 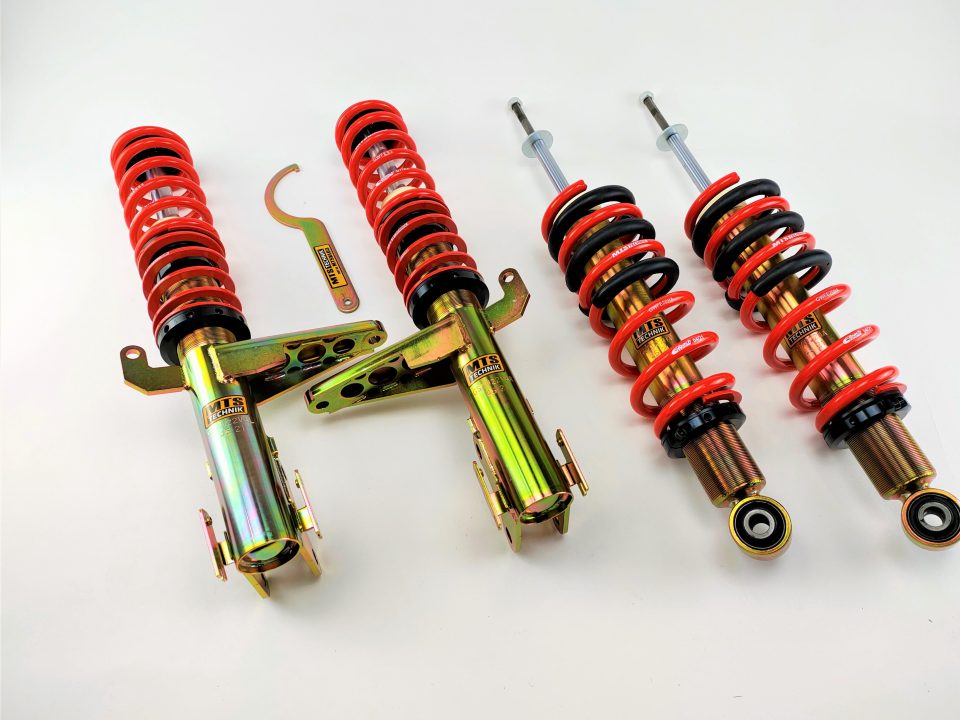 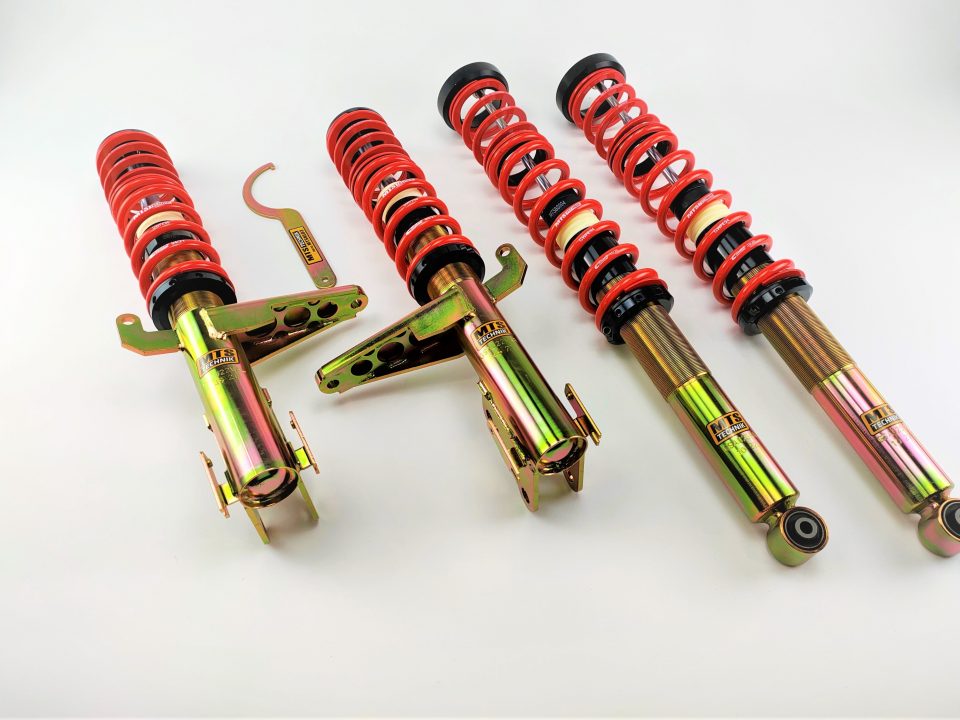