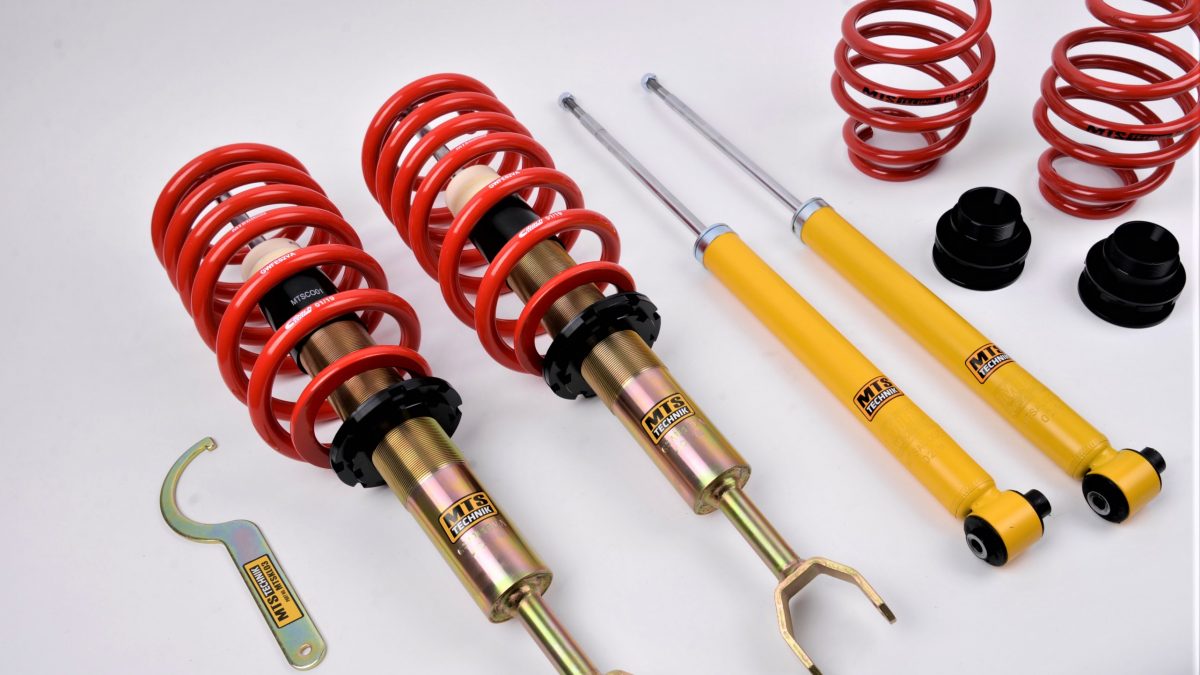 Our last blog post concerned a well-known Audi coilover set that has undergone significant modernization. This week, the post will seemingly concern the same topic, but in relation to a completely different car model. Audi A6 C5 is a car for which we have long offered coilover suspensions. As in the case of the A4 B5 model, here, after several years of offering suspension for FWD cars, we have supplemented the range of coilover sets with a set for Quattro cars. In the course of creating the MTSGWAU27 set, we once again looked at the subject not only of the rear axle, with added drive, but also in theory, already fully recognized front. It influenced in some changes in the set dedicated to FWD C5s. 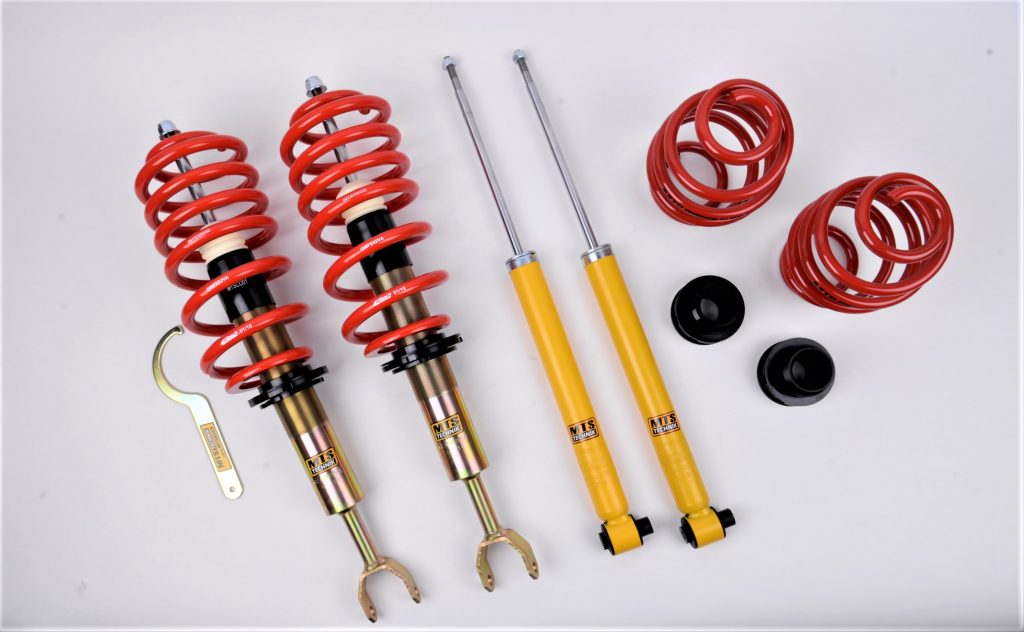 A lowering for every engine option

As befits a real Audi, the A6 C5 also encouraged its potencial owners with a wide range of engines. The spread was even greater because even eight-cylinder motors came to the range. While these were only in the Quattro drive, the FWD cars could still be configured with heavy V6 in both petrol and TDI versions. As the A6 C5 are solid cars that still appear in crowds at the events, lowering them is still up to date. That is why the former MTSGWAU18 set has been expanded to two positions – MTSGWAU38  and MTSGWAU39. 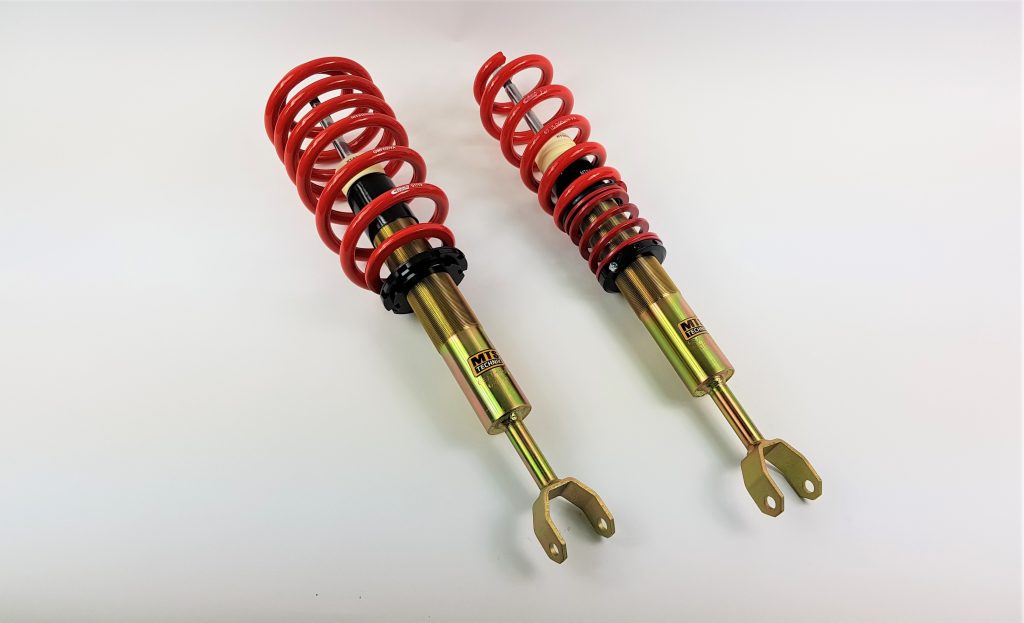 A comparision of front struts from MTSGWAU38 and MTSGWAU39 sets

Again, all the modernization was based on one very important detail – the front springs. From now on cars with lighter engines descend on the MTSGWAU38 set, based on a solid single main spring. 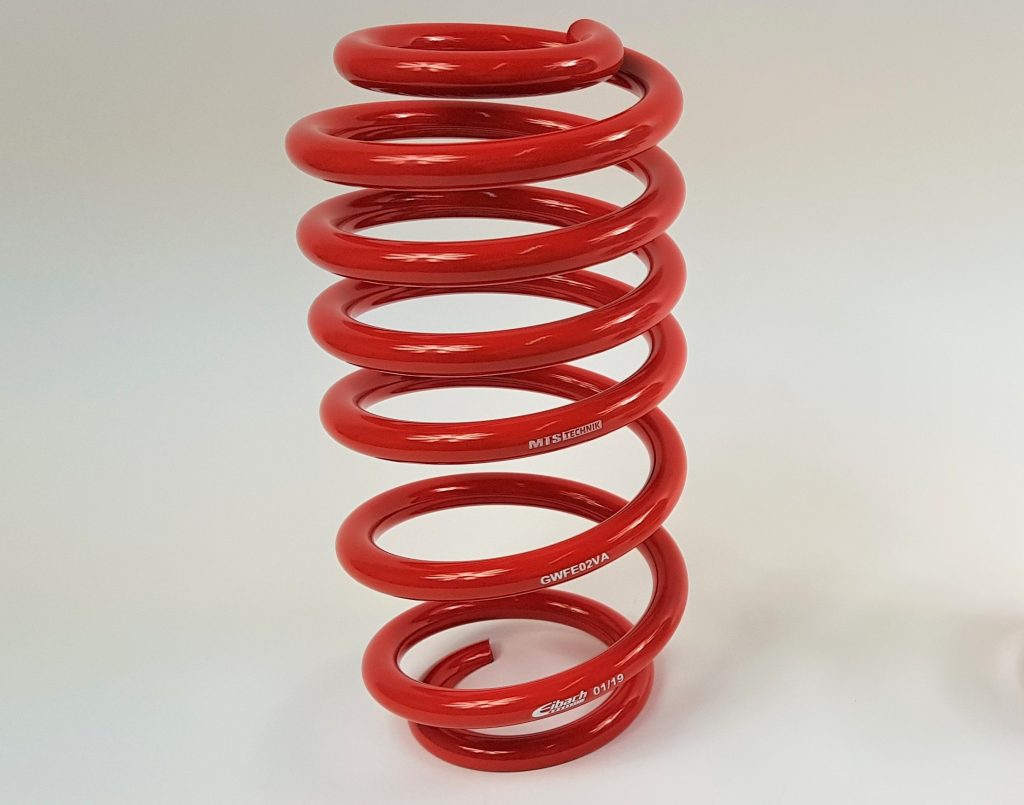 A main spring from the set dedicated for lighter engine versions

On the other hand, those with heavier units with a front axle load of over 1100 kgs can be lowered thanks to the MTSGWAU39 set. A new main spring has been harnessed to support higher masses of engines and often automatic gearboxes, which is additionally supported by a helper spring. 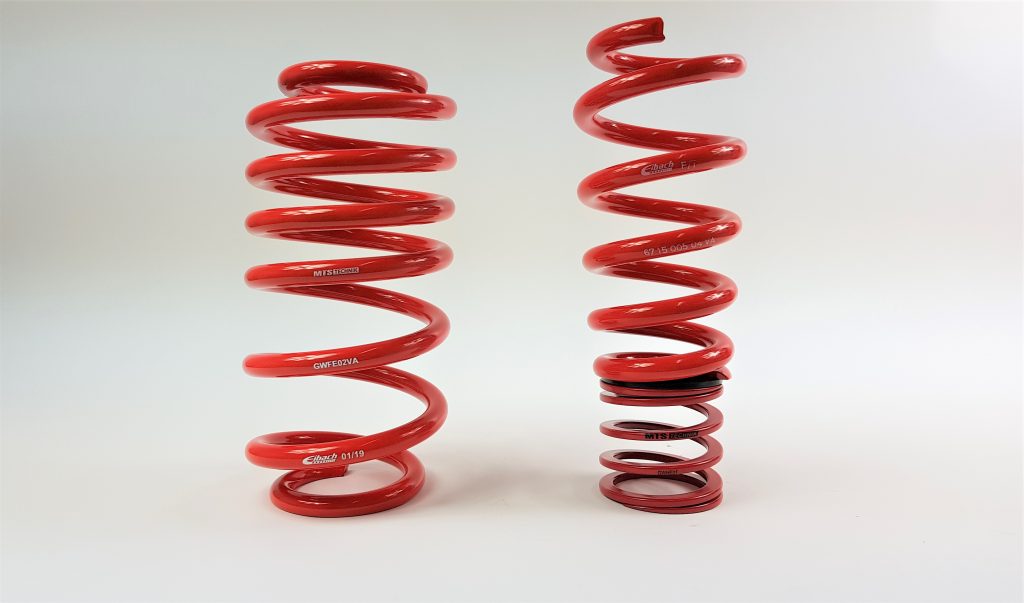 Regardless of the catalog number or axle loads, both configurations create solid sets, worthy of the reputation known from cars with four rings in the logo. The diversification of the set into two positions allowed for a more precise selection of the suspension for a specific car, making it even better looking and even more confident on the road. 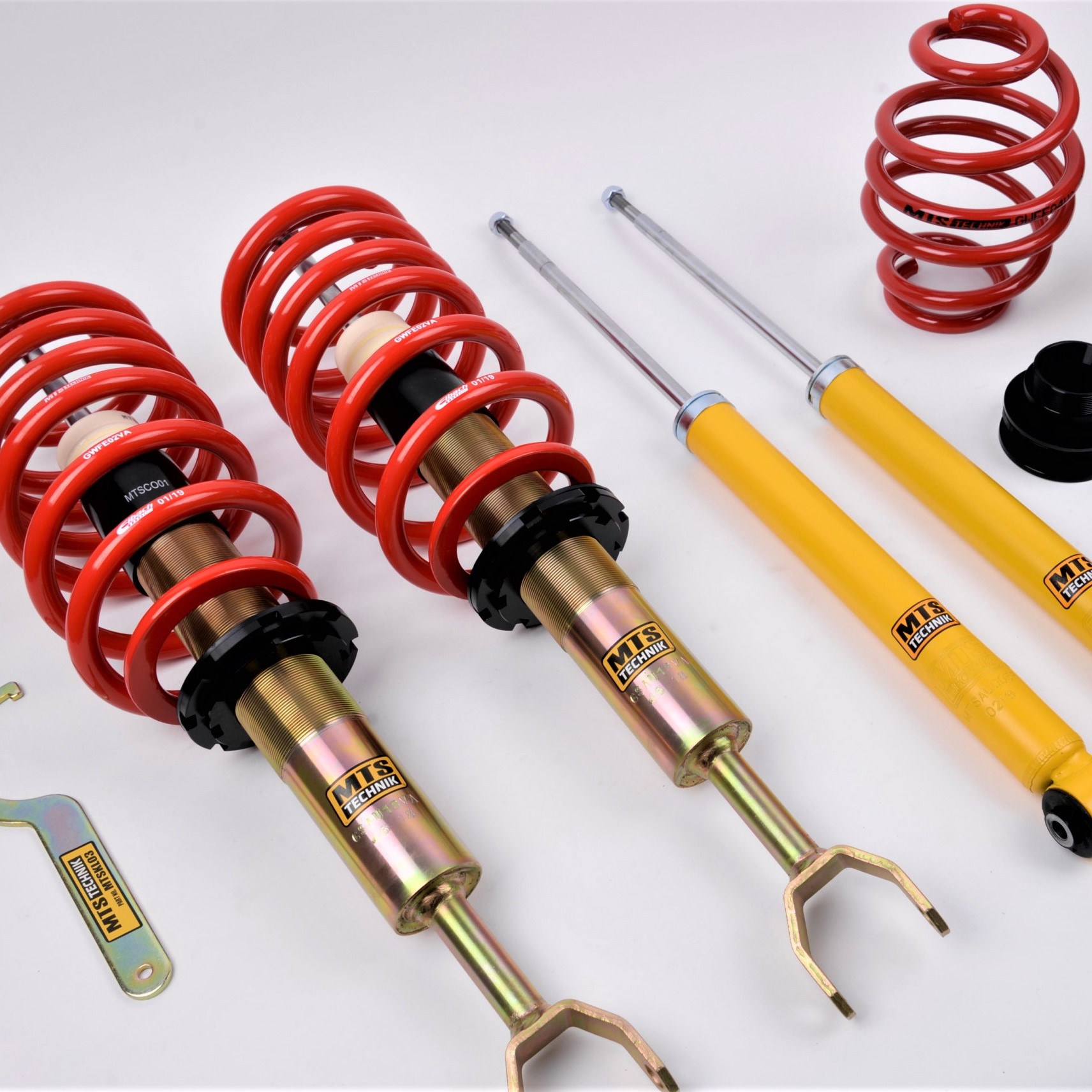 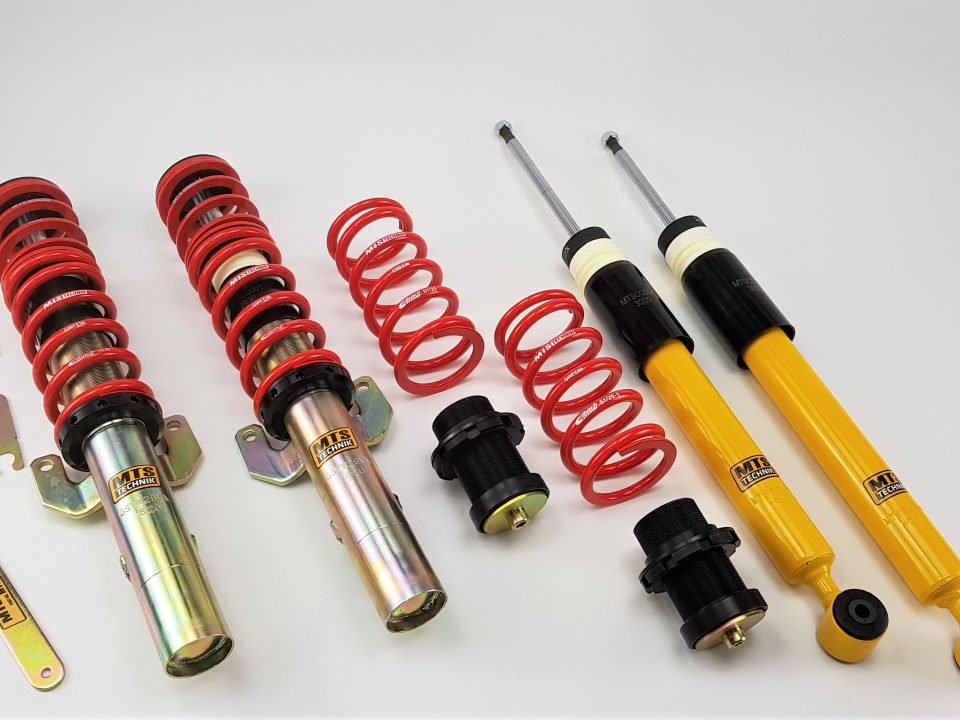 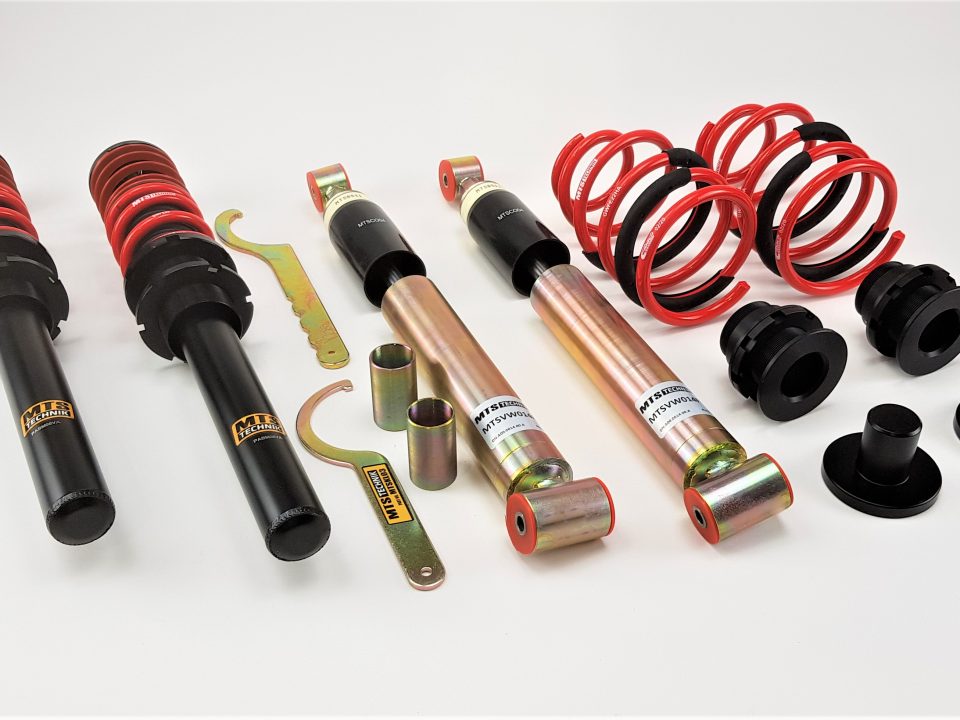